by Roadster
What is the nature of and value of a "Collector's Reissue" of "The Shining" in very good condition? Thanks, Roadster.

by Mr. Rabbit Trick
Re-issued books are becoming a pain in the butt. There are too many around. Here is a list of English versions of The Shining which only goes up to 2013...

by Roadster
Mr. Rabbit Trick (interesting handle),
Wow, what a response. I had no idea at all. I also have no idea just yet which of these reissues of "The Shining" I am getting. It's in the mail and I paid $18 for it w/shpg, so I won't get too burned. It's HC with what appears to be an identical DJ to original and the book dealer/seller responded to questions that it is like new and extraordinarily true to the original version. That's all I can tell you until it arrives. My "collection", while nearly complete, is rife with non-1sts, even a few BCE's, and several paperbacks, and only a couple older, prized 1st/1sts...like "The Stand". I got lucky. I knew none of this. Thanks so much for the detailed information. I'm finding all this fascinating. It should arrive within a week or two and I'll try to let you know from your data which it is. Can you tell me where you get all this info? Sincerely, Roadster 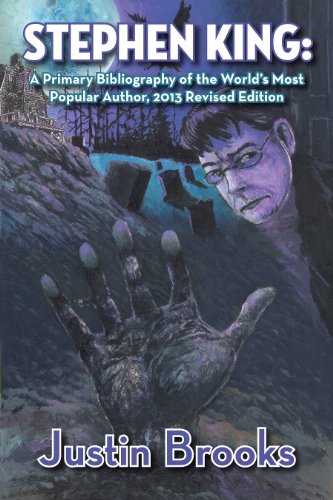 Handle origin:
This is a series of five short stories about “Mr. Rabbit Trick” that King wrote for his mother when he was six years old. In On Writing, King stated: “I eventually wrote a story about four magic animals who rode around in an old car, helping out little kids. Their leader was a large white bunny named Mr. Rabbit Trick. He got to drive the car. The story was four pages long, laboriously printed in pencil.”

by Roadster
Thanks again, Mr. Trick. Great story and so good to get prompt replies. I'll look for this bibliography book. Roadster
All times are UTC-08:00
Page 1 of 1
Powered by phpBB® Forum Software © phpBB Limited
https://www.phpbb.com/